For Jayceon Ashworth, he’s lucky to make it through the day without the torment and aggravation. Pushing aside the taunting, he focuses on football and art until Seona Fisher crashes into his life.

Seona Fisher gets a second chance. Moving to College Station, Texas to be with her brother, Travis, is something she needs to escape the demons of her past. Starting over is never easy. Letting go of old habits is hard, but seeing his green eyes changes her world.

A friendship turns into them both wanting one another, and neither of them able to fight their feelings. But when the demons of darkness come back, Seona has to find her way through and back into Jayceon’s arms.

When most high school seniors are enjoying their last year together Seona is starting over at a new school after having moved in with her half brother and his Dad. She needed to escape her abusive father and desperatly needed a fresh start so moving from Michigan to Texas seemed like the best choice. Going into a new school starting senior year might have been a little scary but Seona makes the most of it and fits right in with the popular crowd and she also quickly notices all the boys in Texas are all hotties. As soon as she sees Jayceon she is drawn to him, there is something different about him and she wants to get to know him better. No matter what anyone says.

“I get a chance to start over. I get a fresh start”

Jayceon is a senior as well and a starter on the schools football team, but instead of enjoying his senior year he is the subject of bullying from something that happened at a party the year before. He knows more then anyone that sometimes even when you try to do the right thing people will turn on you. So his year has been a living hell mainly courtesy of Chaz the schools overly obnoxious quarterback. Now Jayceon is just counting down the days until he can get the hell out of dodge and never look back. What he wasn’t counting on was Seona walking into the cafeteria and as much he initially tries to push her away she slowly worked her way into his heart.

“I want to be the one that makes you smile. I want all your smiles”

This book started out good and I really loved the dynamic between Seona and Jayceon. I loved that she knew what she wanted and wouldn’t give up on him no matter how much he tried to push her away. She saw the good in him. Jayseon is a great guy who unfortunately got a bad rap and became the target of lies and bullying. As their relatiosnhip grew it was great to see how sweet they were with each other and how they helped each other through everything. Not everyone wants them together and when demons from Seona’s past come back they threaten to ruin her and Jayseon’s relationship but after all they have been through he isn’t willing to give up on them without a fight.

“I’ve been waiting for Jayceon my whole life. He’s the one who pulled me out and made me believe again. He taught me beautiful lessons about love and life”

This was my first time reading these authors and though I liked the book I really didn’t love it. It started out good but towards the middle I found myself easily annoyed with the characters and skimmed a bit. I kept thinking they were way to immature and I wanted to slap them upside the head and tell them to grow up,but then I had to remind myself that they were in High School and this was a YA book. So in a way the immaturity level worked for them. There were parts in the book however where things happened and there was no explanations or follow ups really. I did really like Jayceon and Seona they were both sweet and I liked the dynamic between the two but there was a serious lack of chemistry at times throughout the book. I did like the end of the book and it was overall a pretty good read. 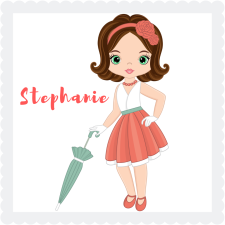 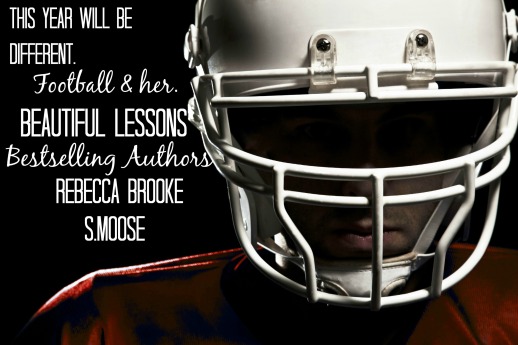 There is nothing I can do to control the roll of my eyes. “Does that mean I don’t have to take you to the college today?”

“Oh no. My brother told me to talk to you about a ride. You may not like it, but you’re taking me anyway.”

There’s no time to respond, when she storms to the front of the room to take her seat with her friends.

Throughout class, my leg bounces and I clench my fists in complete irritation. Who the hell does this girl think she is? She’s got balls of steel, that’s for sure. Watching the clock, I don’t hear a word the teacher says as I wait for my opportunity. It moves slower than I thought possible, but finally the bell rings. I gather my stuff as quickly as I can and walk to the front of the room, where she is still packing up her stuff.

Stopping next to her desk, I return the favor and place my hand on top of her book so she can’t put it away. “Find your own ride.”

S.Moose is a New York Times and USA Today

Bestselling author, living in Webster, NY with her family, friends, and shorkie, Charlie.

A 2011 St. John Fisher graduate, S.Moose loves to read and write. She enjoys getting lost in the fictional world and creating a place where readers can fall in love and swoon over the cute boys she brings to life. When she isn’t in her room in front of her computer or a book, she is with her family and friends being silly and enjoying life. She’s romantic at heart and loves anything with a happily ever after.

S.Moose loves connecting with her readers! Be sure to visit her.

Rebecca Brooke grew up in the shore towns of South

Jersey. Writing has always been a love for her, as well as reading. She loves to hit the beach, but always with her kindle on hand. She is married to the most wonderful man, who puts up with all of her craziness. Together they have two beautiful children who keep her on her toes. Rebecca is the author of the Forgiven Series as well as the military romance Letters Home.