All Gavin Walker, bass player for the multi-platinum selling band, Sphere of Irony, wants to do is surf, play music, and occasionally get laid. The problem is that Gavin has a stalker. A potentially deadly one. The threats he receives always mention something about Gavin being gay, which isn’t public knowledge since the record label wants to keep it quiet.

Mitch Hale used to track serial killers for the FBI. A live-changing incident led him to quit the bureau and start his own company providing computerized security for Los Angeles’ wealthiest people. Mitch doesn’t know anyone when he moves across the country from D.C. to California, and all he has for companionship is a pathetic string of failed relationships with women.

When Gavin’s manager hires Mitch to find the stalker, the men instantly hate each other. Despite the constant fighting, attraction between the two blazes hot, confusing the former FBI agent. Spending time with Gavin forces Mitch reflect on what he’s denied about himself for the last ten years. Listening to Mitch’s plan to catch a madman thrusts Gavin’s personal life out in the open for the entire world to see.

Can Gavin and Mitch stop fighting long enough to stop a stalker before someone gets hurt? Or will they stubbornly resist the feelings that develop when they’re forced to work together?

This is book 3 in a 4 part series. It is a spin-off of the Famous Series. These can be read as standalones.

Resist is part of the Sphere of Irony series but can be read as a standalone. Gavin is the bass guitarist for Sphere of Irony and has a stalker. The threats have been getting more and more psychotic. Mitch is an ex-FBI criminal profiler and he is hired by the record label to help stop the creeper. Gavin also is gay and in the closet. Mitch is straight….or is he? They both almost burst into flames when they are introduced!

“He took off his suit jacket hours ago. My eyes find the large black handgun sitting on his hip and my cock jerks in my pants.

Fucking-A if everything about him doesn’t just do it for me.”

This is the first book I’ve read in this series and I don’t know how I could have missed these. I love rock stars! But then she had to throw in an FBI guy and you had me at “criminal profiler”. I adore suspense, mystery and romance and she threw all three in together. Gavin could drive me a little crazy sometimes with his bratty “I’m not stupid! I can do it myself!” ways but I still wanted to hug him close and keep him safe. Mitch was sweet and having to work twice as hard to keep up with Gavin. And let’s not forget…the sexual attraction was HOT!

I am now a Sphere of Irony groupie. Sign me up! Where’s the fan club? It’s books like this that make me happy God created book series. He did, right? That’s where they came from? Something to be thankful for. 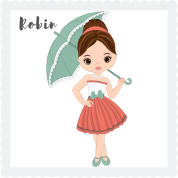 Before I can ask any more questions, there’s a knock and the door opens a crack. “Mr. Evans, Mr. Hale is here.”

“Send him in please, Donna.” Ross stands and adjusts his suit, straightening out the cuffs and fixing his expensive tie until it lays just so.

I rake a hand over my hair, but it’s pointless. I’m lucky I bothered to shower this morning after my company left. I’m sure I look like shit—with the lack of sleep and the constant stress I’m surprised I don’t look worse.

Good genes, I guess. I frown at the thought of my father.

I can hear Donna outside. “Go right on in.”

The door opens and a man enters. No, not just a man. A gorgeous man. Stunning, actually. For the second time in five minutes, my jaw hangs open.

The man is a study in opposites. His hair, swept back from his face and so dark it’s nearly black, is paired with bright slate grey eyes, a color I’ve never seen before. He looks rugged and dangerous, as if he could kill a man with his bare hands. Yet he’s wearing a tailored and expensive charcoal grey suit that showcases his body to perfection. He’s rough and he’s polished.

And I can’t stop staring.

“Mr. Hale, thank you so much for coming on such short notice.”

Ross has circled the table and is shaking the man’s hand.

Jesus, even his voice is hot. Deep and silky, it’s as smooth as fine whiskey.

“This is Gavin Walker,” Ross introduces me, stepping aside.

It takes both of them staring at me and an uncomfortably long silence for me to realize I’m still gawking. Embarrassed, I snap my mouth shut.

“Sorry.” Jumping up from my chair, I extend a hand. “Gavin Walker. Thanks for coming.”

He clasps his hand around mine, large and hot and coarse, and pumps it firmly. “Mitch Hale, good to meet you. Wish it were under better circumstances.”

He smiles and I have the sudden urge to rub myself all over his beautiful, hard body. Heat spreads up from our joined hands, sending a flush of pleasure over my skin.

Mitch holds up a hand. “I’m good.” I catch the slightest twitch in one of Mitch’s intriguing eyes.

“Okay. Here is the file we have so far.” Ross pushes a folder across the table.

Mitch opens it, scanning the contents. Waiting for him to read about the stalker that’s been harassing me is humiliating, yet it gives me a chance to study the man further. I should resist staring, but I can’t. He’s too gorgeous to ignore.

I flick my gaze over to Ross, who is busy returning emails on his laptop. Good. I don’t want Ross to catch me ogling the new guy. When my eyes land back on Mitch, I have to hold in a groan.

This guy is trying to kill me.

As he flips through the pages in the file—photos, descriptions, police reports—the end of his very wet, very pink tongue pokes out between his lips. Every once in a while, it sneaks back in so he can pull that lush red bottom lip between his teeth, biting on it in concentration.

Jesus. As subtly as I can, I shift on the chair to adjust the semi pressing against my pants.

More contradictions. That tongue, the biting of the lip, both so playful and innocent against the serious image he projects with the suit and the perfectly styled hair and the—I inhale deeply—hint of designer aftershave.

Suddenly, Mitch closes the folder and sits up, folding his hands on top of it. I jerk away, sitting back in my chair instead of leaning halfway over the table like a besotted teenage girl.

“This man is not to be taken lightly,” he cautions, his intelligent gaze traveling back and forth between Ross’ and mine.

Ross closes his laptop, giving Mitch his full attention. “We’re not taking it lightly. Gavin has security with him at all times since the…” Ross glances at me, “the incident in New York.”

“And before that?” Mitch asks. I stare at the hard line of his jaw then drop my eyes down to the curve of his throat where it disappears into the top of his crisp dress shirt. I pray that he doesn’t see the way my hands shake or the heat prickling my face as lust washes over me.

“Before that we weren’t documenting anything we received, just throwing them away. They were mostly letters, gifts…” Ross trails off.

“But no involvement by law enforcement?”

My eyes bounce back and forth between the two men.

Ross sighs. “Not until the New York incident.” When Mitch scowls, a look that makes him look even more dangerous and a hell of a lot sexier, Ross elaborates. “Do you know how many crazy fans are out there? Hell, Adam gets over a hundred bizarre gifts and letters a week. That’s just the strange ones. Plus, keeping this out of the media is important to the record label.”

Mitch nods. “I understand. I’m not judging. I’m just trying to get a feel for what I’ll be dealing with. That includes how long law enforcement has been checking into this guy.”

“Not long,” I whisper, surprised to hear myself speak. I’m used to being discussed as if I’m not in the room. It comes with the job—decisions made for you without your input.

Two sets of eyes focus on me and I feel my cheeks blaze hot. That intense grey stare has me squirming, and this time it’s not from embarrassment. Another rush of heat ripples down my spine. I run my hands through my hair to catch the beads of sweat that have popped up on my temples.

Mitch opens his mouth to say something then snaps it shut. He blinks a few times before speaking. “Tell me how this began, Gavin. What you’ve noticed personally.”

The corner of Mitch’s mouth quirks up. “I have time.” He puts two fingers into the collar of his shirt and tugs gently.

The subtle motion brings images of Mitch tearing off his clothes, sending another wave of sizzling need through me. Nodding, I take a sip of water to cool down the desire inspired by Mitch’s proximity.

Ross’ cell phone rings, startling me. I fumble with the glass, nearly spilling it.

This time, Mitch smiles. My eyes fixate on that mouth as his lips part to reveal two rows of perfect teeth.

“I have to take this,” Ross confesses. He glances over. “You okay to do this without me?”

No. I’m not okay. You’re going to leave me in a room with one of the hottest guys I’ve ever seen while I’m a nervous, blundering wreck.

That’s what I’m thinking. What I say isn’t even close.

Ross stares at Mitch. “I’ll be back to discuss the specifics of your contract.”

“No problem,” Mitch agrees. Leaning back in his chair, he crosses one ankle over his knee.

Now he’s given me a direct view of his crotch, hugged tight by those tailored grey slacks. There’s a lot to look at. Jesus. If what I’m seeing isn’t an illusion, he is hung. I don’t realize that I’m staring right at Mitch’s dick until his leg drops and he leans forward, elbows on his knees.

Blinking, I look up to see those deep gunmetal eyes waiting patiently for me to respond.

I am, but not for the reasons you think.

Mitch puts his large hands back up on the table, his eye twitching again. “Do you mind if I get a drink?” He gestures towards the tray Donna set out.

“So,” he continues as he removes his jacket, hangs it over his chair, and circles the table. “Tell me about the letters.”

Mitch picks up a mug, turning his back to me to prepare his coffee. My mouth goes dry at the sight of his perfect, round ass showcased by the tight grey fabric that clings to every curve.

I can’t do this here with him. Alone. With that ass, those eyes, and the scent of whatever cologne he’s wearing. My brain won’t function properly while bombarded from all sides by filthy sexual fantasies starring Mitch.

“I-I forgot. I have somewhere to be.”

Jumping up, I catch a surprised expression on Mitch’s face right before I bolt out the door. 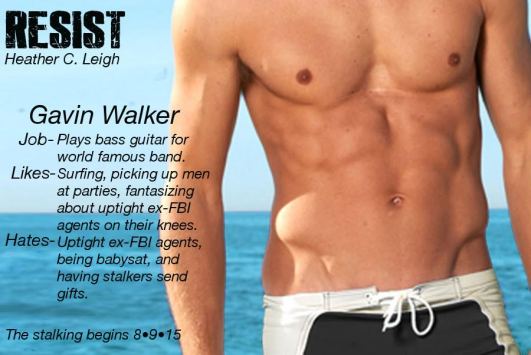 Incite (Book One) The Sphere of Irony Series

Heather C Leigh
After growing up in New England, I currently live just outside Atlanta, GA.
I love the Red Sox and hate the Yankees.
I love hot, sexy romance novels, but hate long, drawn out misunderstandings as a plot line.
I love book series, but hate cliffhangers.
I love alpha males, but hate when they borderline on abusive.
Mostly? I love love love chocolate. 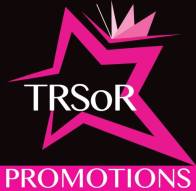