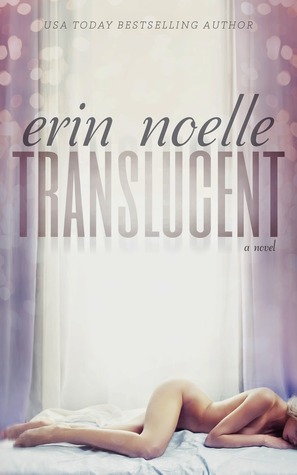 Sometimes you reach a point where you just can’t take any more — a breaking point, some call it.

The day I watched my husband murder the woman who was pregnant with his child, my point didn’t just break, it exploded like a full magazine’s worth of hollow points firing through the barrel of a fully-automatic AK-47.

I am no longer his American Princess, nor am I his slave.

Now, I’m a murderer in hiding. My name was Bryleigh Carter Oliveira, and that was my story.

Translucent is one woman’s story of breaking free, starting over, and learning to trust again through willful submission.

This book sucked me right in, I pretty much knew within the first few pages that I was pulling an all-nighter with this one. Sleep is way overrated anyways. I was really hoping the actual story lived up to how good the blurb sounded and it did, and then some.

Bryleigh was only seventeen when she met Ish, he treated her like gold and made her feel so loved.  She was young and naïve and fell fast and hard for the man she thought was the love of her young life.  Unfortunately for her Ish was hiding who he really was, a sick twisted monster and by the time she found this out it was to late. She had lost all her freedom and was forced to be married to the monster. Now everyday was a really fucked up nightmare. She lived in constant fear until one day when she witnessed her sick piece of shit Husband do something that was so horrific, she knew she had to escape. Yet she knew the only way to get away from a man like Ish was to kill him, it was either him or her and she desperately wanted a chance at a normal life.

“Sometimes you reach a point where you just can’t take any more — a breaking point, some call it.”

Bryleigh is now in witness protection, did I mention her dead hubby was in the mafia?  She is now going by the name of Blake and is trying her hardest to start over but she is still living every day in fear, constantly looking over her shoulder wondering when her past will catch up to her. Broken and scared she hides herself from the rest of the world and barely leaves her apartment.

“Start Over. Forget about everyone you care about and everything that’s happened in the past. It’s your only chance to live.”

Blake finally has no choice but to try and venture back out in the real world when she has to start her new job at a marketing design company. Her first client? None other then the CEO of Decker Enterprises, Madden super sexy Decker. Obviously Super sexy isn’t his real middle name, but it totally should be. Anyways when the two first meet the sexual tension is off the charts. Madden is used to getting what he wants and he wants Blake, bad. So he basically demands she go out to a “business” dinner with him. Madden is intrigued by Blake and wants to get to know her more, he sees something in her that brings out this very tender side of him. He has been hurt in the past and knows she has as well. Blake is still so broken and remains closed off but Madden refuses to give up on her.

“If you can find it in yourself to allot me the tiniest sliver of faith, I will do everything in my power to help you break free from these demons holding you hostage. I want you to willingly turn it all over to me- your pleasure and your pain.”

I absolutely loved Madden and Blake together.  This story had a lot of flashbacks and from that we got a really good look at all the shit Blake had to deal with when she was Bryleigh, and because of her past she had horrible nightmares. Madden is totally an alpha male but was also so sweet and patient with her, he helped her try and escape those nightmares. Blake doesn’t believe she deserves to be happy, she doesn’t want to be a burden to Madden. He isn’t willing to giver up on her and soon she starts to let herself feel happy for the first time in a very long time. Can Madden help heal her demons and what happens if Blake’s past comes back to haunt them?

“He made me forget everything and every else in the world, past and present, and nothing mattered except him and me, nothing but us.”

This book was a fantastic read ! I loved it from start to finish, well all except that damn cliffhanger we got. I saw it coming but still , I am selfish and don’t want to wait to see what happens! I desperately want Blake to get her happily ever after. The storyline was crazy intense and there were some really dark parts and I am a huge fan of dark reads. It was also filled with a lot of suspense and romance. I can not wait to read the next one!! 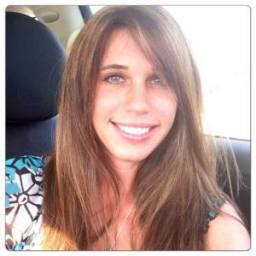 Erin Noelle is a Texas native, where she lives with her husband and two young daughters. While earning her degree in History at the University of Houston, she rediscovered her love for reading that was first instilled by her grandmother when she was a young child.

Her books have been a part of the USA Today Bestselling list and the Amazon and Barnes & Noble overall Top 100.