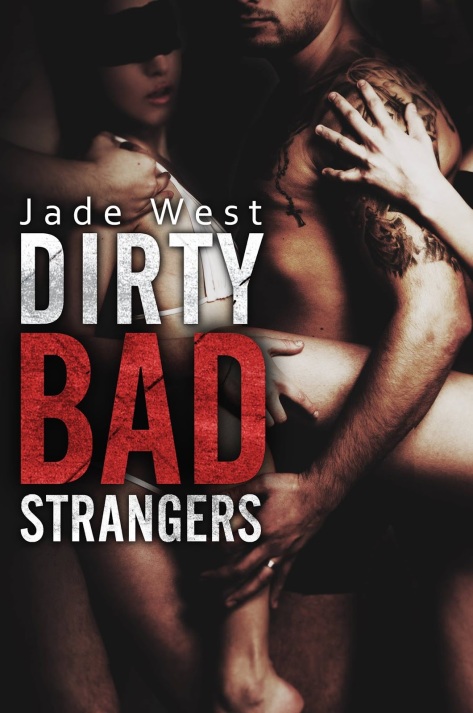 He calls me his dirty girl.

He’s just a caller, a sex line client, an anonymous pervert like all the others.
Except he isn’t.
He’s under my skin… his voice, his laugh, his twisted fantasies.
He wants to watch me with other men. Lots of other men.
He wants me blindfolded and bound and taken by strangers until I’m a used-up mess.
Then he wants to take me himself.
I should hang up, report him to my supervisor.
But I won’t. I can’t…
… because I want him, too.
Gemma Taylor was born to be a chatline operator. Her filthy mouth and a filthier imagination make her hot property on sex chat. The hours are great and the money’s even better. She’s onto a good thing; finding her feet in the big smoke of London with a couple of old school friends.

Until he calls.
The rules of chatline are clear: no personal information, no breaches of confidentiality, and absolutely no other forms of communication of any kind.
So why is she giving him her number? Why the hell is she planning on blindfolding herself and leaving her door unlocked for him?
Gemma Taylor’s in deep.
And she’s about to get deeper.
Much, much deeper.

Warning: As with the other Dirties, this book is exactly what the title suggests. A filthy tale of unlikely romance, featuring group sex, bondage, and the usual kind of extremity readers have come to expect from the pen of Jade West. Definitely, definitely 18+. A strong disposition certainly a bonus

(nook users please contact traystracy@hotmail.com to learn how you can  purchase ) 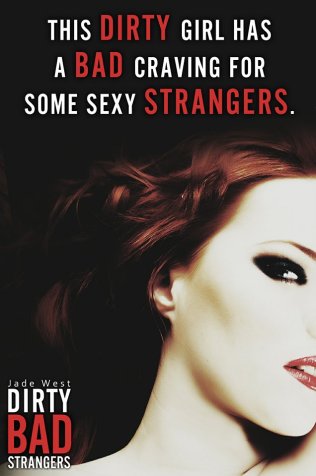 Panty Scorching – 5
Story Line – 4.5
Angst – 4
Tissues – 0
Value – 4.5
Overall Rating – 4.5
Kindle eARC
Guest Reviewed by: Lindsey
HOLY FUCKING SHIT!  This is book 3 in the Dirty Bad series and by far the most graphic! I freakin loved it! Jade West has a brilliant mind when it comes to this stuff. I am also very intrigued on how she comes up with these books. The characters are very well written, and you get to know them extremely well. Inside and out. 😉 I love BDSM books although this one is just freakin…. WOW!
Gemma is a phone sex operator and she loves her job. She finds that getting people off is rather interesting and helping men fill their strange fantasies is fun. She’s a little freak in the sack! Gem loves some no strings attached sex and doesn’t even want a name. She’s the kind of woman who wants what she wants when she wants anyone else’s opinion be damed. I love that about her! She’s a strong woman!!! While she’s doing her nightly calls and working one caller in paticular gets her attention. In a great way! He has the same filthy fantasies as she does and she can’t help but get in on the action with him. Little does she know he will be the man to fulfill all her wildest and kinky desires.
Jason! Omgeeeeee he’s freakin hot as hell!!! He’s dirty and kinky as hell. Also a very famous football star. Unfortunately he’s married to a bitch from hell and has to make calls to a phone sex line to get off. But that’s okay. Those scenes are some of the hottest in this book. Living in the media frenzy sports world he has to keep his filthy fantasies a secret. He gets very attached to Gemma and takes things to the next level with her. Their chemistry is awesome. They connect on more than just a sexual level. He wants her more than anything in the freakin world and to me that is just damn sexy. He makes her feel like the only woman in the world and literally worships her. Jason makes sure Gemma gets all her fantasies fulfilled in EVERY way.
Jade freakin West is badass! I love her books! She is clearly not afraid to write about things that most people consider taboo. Thus makes me a huge fan! This book is very very very graphic and will melt your panties right the fuck off. I had to stop and breathe a couple times. Hell the scenes were so hot I went back and read them a few times! 😉 if you haven’t read this series you’re seriously missing out. It’s amazing. You also get to catch up on some of the previous characters from the first two books in this one. Love that!!! Don’t miss out on this epic read! And be sure to have panties on stand by! Thank you Jade West for writing such amazing books!!!!! 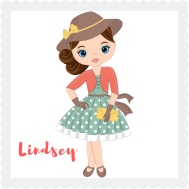 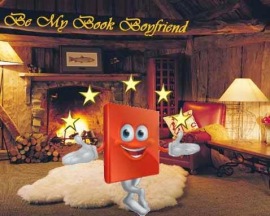