Nicolette Bresson never thought she’d return to the de Vincents’ bayou compound. It’s where her parents work, where Nikki grew up . . . and where she got her heart broken by Gabriel de Vincent himself. Yet here she is, filling in for her sick mother. Avoiding Gabe should be easy, especially when so much of Nikki’s time is spent trying not to be stabbed in the back by the malicious hangers-on who frequent the mansion. But escaping memories of Gabe, much less his smoking-hot presence, is harder than expected—especially since he seems determined to be in Nikki’s space as much as possible.

Gabriel spent years beating himself up over his last encounter with Nikki. He’d wanted her then, but for reasons that were bad for both of them. Things have now changed. Gabe sees more than a girl he’s known forever; he sees a smart, talented, and heartbreakingly beautiful woman . . . one who’s being stalked from the shadows. Now, Gabe will do anything to keep Nikki safe—and to stop the de Vincent curse from striking again.

Nicolette Bresson never planned on returning to her parents’ employment, the de Vincents’ home. When her mother became ill, she had to help to save her job. She had her first broken heart in that home from Gabriel de Vincent himself. Gabe never felt like he could return the crush of young Nicolette. She’s older now but his circumstances have changed and she’s still off limits. But when dangerous incidents keep happening to Nikki, Gabe will do whatever it takes to protect her.

“Because she knew she was falling for him.

Falling for him again, and this time it would be harder and further before she would hit bottom.”

I fell in love with Gabe de Vincent in Moonlight Sins and his story was all I was hoping for and more. Gabe hasn’t had an easy life lately but neither has Nikki. I didn’t see the obstacles keeping the two apart as much as these two did. But the mystery and danger that is brought into the storyline kept me riveted to their romance. This couple is muy caliente against the wall, in the car, in the office…pretty much all over the place! I had to fan myself several times. And the de Vincent house has so many secrets that I just want all of them to pop on out and reveal themselves! Every time you think you know who is behind one of the creepy factors of the house…another dangerous twist lurks right behind it. We have so many suspicious characters to add to our possible suspects list. So many loose ends that are waiting to be tied up. I love all of the possibilities. I’m addicted to these brothers and can’t wait for Devlin’s book.

There is just something about Jennifer’s writing that pulls me right in. Whether it’s paranormal, young adult or a steamy romance, I enjoy all of the genres that she creates these worlds in. It’s the perfect escape.

He moved forward, maybe a foot or two, but stopped like one would if they were approaching a rabid dog. A heartbeat passed. “Your hair . . .” He tilted his head to the side. “It’s different.”

“Yeah, it is.” Her hair used to be a rather dull medium brown, but then she found this amazing hair stylist in Tuscaloosa and turned her brown hair into this array of blondes and browns, using some weird technique called balayage. “It’s basically just highlights and stuff.” “Stuff.”

His gaze flickered over the bun. Uncomfortable, she scanned the kitchen. “And my hair is longer. A lot longer.”

Was she really telling him the length of her hair? This was the most strained conversation she’d ever had in her life. And that was, well, it was sad. She peeked at him. It used to not be this way. Back before . . . well, before she ruined everything, he’d be teasing her and asking about her college. He’d be talking to her like he could actually stand being in the same room with her.

She needed this conversation to be over like it was yesterday and she also needed to figure out how she could work here and not run into Gabe. The house was big enough that it should be possible. “I need to get back to—”

“Planting your face against the over door?”

Her shoulders slumped. “Actually, I need to finish the potatoes. So, if you’ll excuse me.” She started to turn away, praying that he’d just leave.

“That’s it? That’s all you have to say to me? Because I have a lot I need to say to you,” he said. “Never in a million years did I think I’d see you here again.”

Nikki’s spine stiffened like steel had been poured into it. Oh God. Her throat spasmed.

“No we don’t,” she said quickly. “We do not need to talk about anything.”

“Bullshit,” he snapped, and his voice was so much closer that she turned to him on instinct.

Gabe was now at the edge of the massive island, only two or three feet from her. She stepped back into the counter. Her heart thundered in her chest as her gaze flicked to the kitchen door.

“No one is coming near here,” he said as if reading her mind. Her gaze flew back to his. “Dev is in his office on the second floor, in a meeting and your father is out with the landscaper. No one is going to hear us.”

A weird mixture of sensations assaulted her. One was a chill that skated down her spine. The other was a tight, hot shiver that danced over her skin.

Gabe kept coming at her, not stopping until he was right in front of her, separated by a few inches. She sucked in air, catching the crisp, clean scent of his cologne. It reminded her of storms, of that night.

That was the last thing she wanted to be reminded of.

Like his brother, he was a good head and then some taller than her, so right now, her eyes were fastened to his chest.

Thank God he was wearing a shirt.

Her body jerked as she pressed her lips together. He was right. She owed him a conversation. “Okay.”

There was another beat of silence and then he asked in a voice so low she almost didn’t believe she heard him right.

“Did I hurt you that night?” 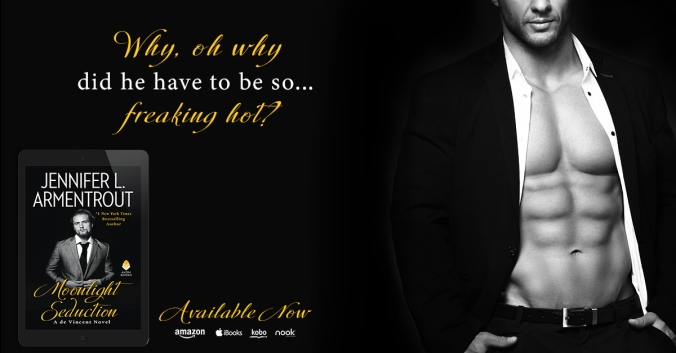 # 1 New York Times and # 1 International Bestselling author Jennifer lives in Charles Town, West Virginia. All the rumors you’ve heard about her state aren’t true. When she’s not hard at work writing. she spends her time reading, watching really bad zombie movies, pretending to write, hanging out with her husband and her Jack Russell Loki. In early 2015, Jennifer was diagnosed with retinitis pigmentosa, a group of rare genetic disorders that involve a breakdown and death of cells in the retina, eventually resulting in loss of vision, among other complications. Due to this diagnosis, educating people on the varying degrees of blindness has become of passion of hers, right alongside writing, which she plans to do as long as she can.

Her dreams of becoming an author started in algebra class, where she spent most of her time writing short stories….which explains her dismal grades in math. Jennifer writes young adult paranormal, science fiction, fantasy, and contemporary romance. She is published with Tor, HarperCollins Avon and William Morrow, Entangled Teen and Brazen, Disney/Hyperion and Harlequin Teen. Her Wicked Series has been optioned by PassionFlix. Jennifer has won numerous awards, including the 2013 Reviewers Choice Award for Wait for You, the 2015 Editor’s Pick for Fall With Me, and the 2014/2015 Moerser-Jugendbuch- Jury award for Obsidian. Her young adult romantic suspense novel DON’T LOOK BACK was a 2014 nominated Best in Young Adult Fiction by YALSA. Her adult romantic suspense novel TILL DEATH was a Amazon Editor’s Pick and iBook Book of the Month. Her young adult contemporary THE PROBLEM WITH FOREVER is a 2017 RITA Award Winner in Young Adult Fiction. She also writes Adult and New Adult contemporary and paranormal romance under the name J. Lynn. She is published by Entangled Brazen and HarperCollins.

She is the owner of ApollyCon and The Origin Event, the successful annual events that features over hundred bestselling authors in Young Adult, New Adult, and Adult Fiction, panels, parties, and more. She is also the creator and sole financier of the annual Write Your Way To RT Book Convention, a contest that gives aspiring authors a chance to win a fully paid trip to RT Book Reviews. 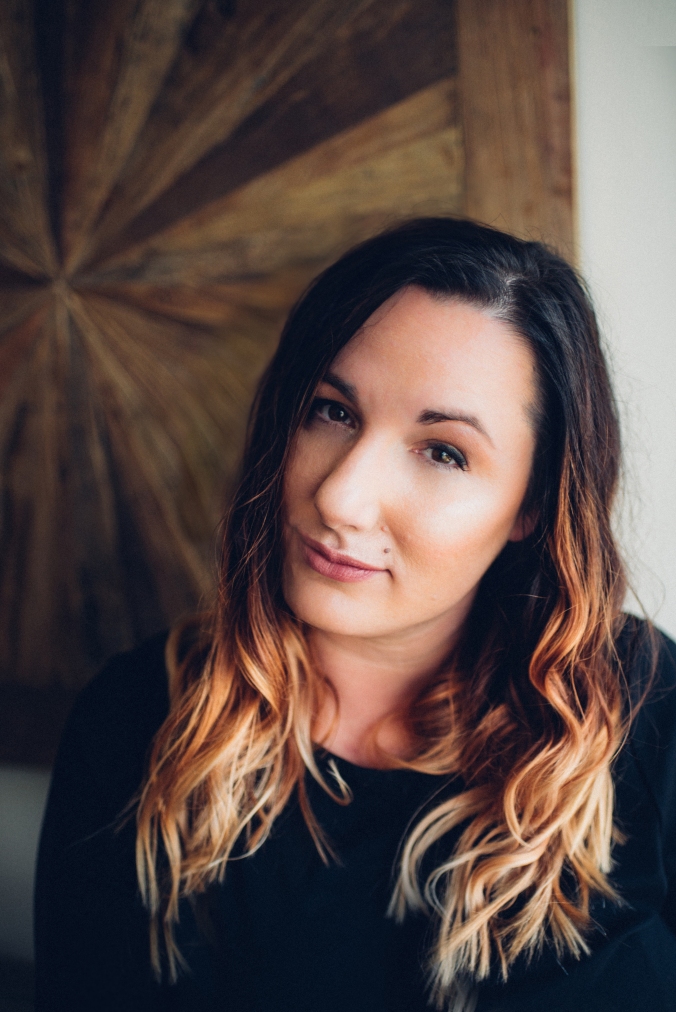