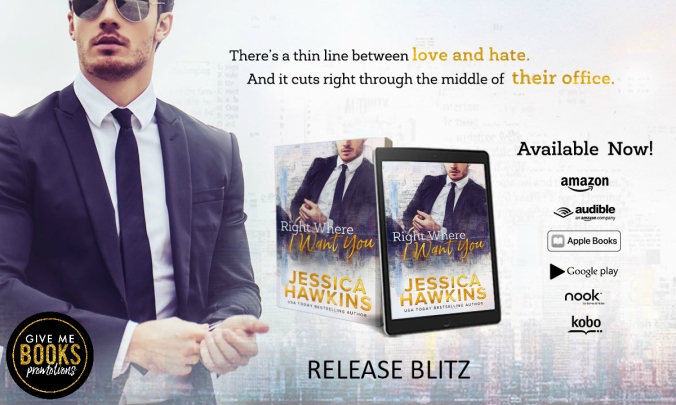 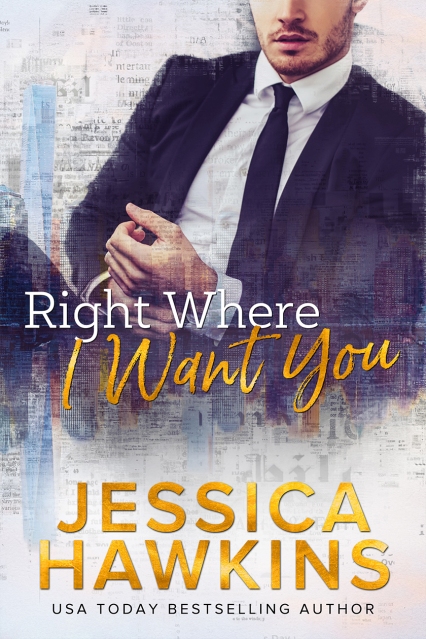 There’s a thin line between love and hate . . . and it cuts right through the middle of their office.

Bad boys? They run right over good girls like Georgina Keller. But after a confidence-shattering breakup, she’s determined not to let anyone at her new workplace push her around—least of all the brooding creative director, a “bad boy of publishing” who’s made it clear she’s enemy #1.

Sebastian Quinn’s taste for fast cars, late nights, and beautiful women may have gotten him to the top of a leading New York magazine, but the reputation that made him is suddenly threatening to end his career.

Georgina can help Modern Man shed its bad reputation, but in order to do that, she’ll have to start at the top—and no amount of rakish charm or inconvenient attraction will distract her.

Because if Sebastian gets her right where he wants her, it means she’s going down. 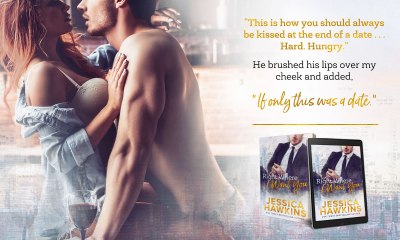 Georgina Keller is the fixer…the one you bring in when the company needs a PR makeover. After a bad breakup, she’s determined to be more of her alter ego “George” and quit letting people walk all over her. Sebastian Quinn has been pegged as the media world’s bad boy. He’s the Creative Director at Modern Man and is proud of its unapologetically macho stories and advice. From day one, these two clash and sparks are flying. Will Georgina be able to fit into this testosterone filled environment and keep things strictly business?

“Maybe I couldn’t help being attracted to Georgina’s hot and cold personality, but acting on it wasn’t an option. Not only was she the first person to threaten my career in a long time, but I’d vowed to remove any ice from my life. It was only warm, nice girls from here on out.”

I don’t know why but there was just something about this business enemies to lovers story that ended up being exactly what I was in the mood for. There was so much chemistry with Sebastian and Georgina’s verbal sparring that I found myself anxiously awaiting for them to cross that line. I also loved that deep down they were both good and genuine people. They both just had trust issues to work through. I was just sucked in by their feisty banter and office politics and it just made it addictive to read. A nice book for my Christmas break.

I’ve enjoyed all of Jessica Hawkins’ stories and find myself enthralled by her characters and their complicated lives. This story definitely ranks right up there with the rest of the amazing stories and intriguing lives she creates.

At the stadium’s concession stand, I took a tall stool, putting Georgina and I at eye level since she stood. “So, why didn’t you kiss François?” I asked. “Bad breath?”
She gasped into her hand. “My breath is fine.”
“I meant his. I’m sure yours is pure relish on a hotdog.”
She made a face. “Gross.”
“I happen to love relish,” I said. “But does François?”
Each time I said François with flourish, she flinched. I didn’t care. Something about him bugged me—I just couldn’t put my finger on it.
“We didn’t kiss because you interrupted us,” she pointed out.
“So? If I were in his position, and we both wanted that kiss, I wouldn’t let anyone stop me.”
“Frank and I are clicking,” she said, scowling. “There was even mention of spending time at his summerhouse.”
“Hamptons?”
She coughed into her fist. “Boca Raton.”
The idea of Georgina spending a summer with him in Boca Raton was tragic enough that I almost smiled. I got the sense she was playing up the date. If it was so great, why wasn’t she sitting here with him? And why was I more relieved than smug about that? “Meanwhile, Justin and I will be clamming in Montauk.”
“You two should really just make it official and announce your love to the world.”
“But then I wouldn’t get to flirt with pretty girls.”
“For someone who pretends to have as much game as you,” she said, “I still haven’t seen you successfully flirt with any girls since I’ve known you.”
I smirked. “How do you know I’m not flirting with you right now?” 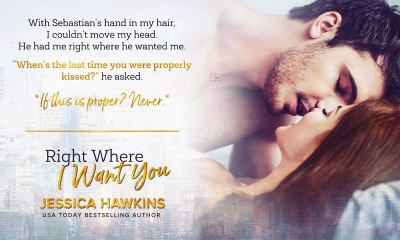 Jessica Hawkins is a USA Today bestselling author known for her “emotionally gripping” and “off-the-charts hot” romance. Dubbed “queen of angst” by both peers and readers for her smart and provocative work, she’s garnered a cult-like following of fans who love to be torn apart…and put back together.

She writes romance both at home in New York and around the world, a coffee shop traveler who bounces from café to café with just a laptop, headphones, and coffee cup. She loves to keep in close touch with her readers, mostly via Facebook, Instagram, and her mailing list. 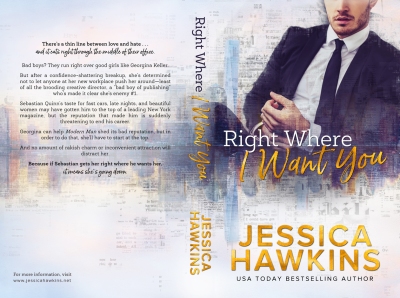