Marriage for One, an all new contemporary romance by Ella Maise, is Live! 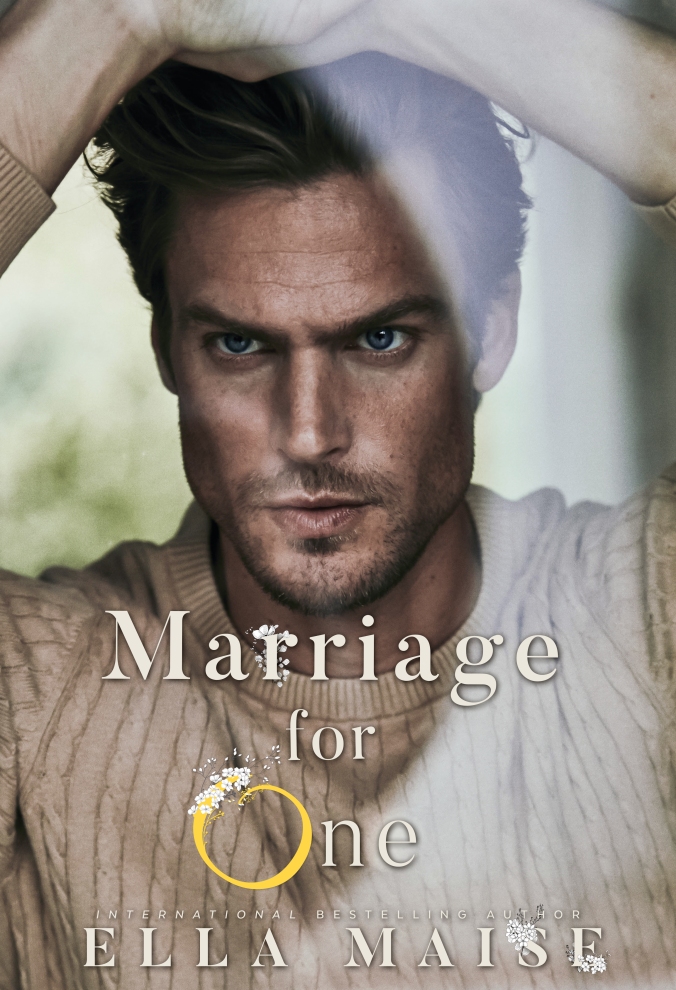 Note to My Past Self : Do NOT get married to the handsome stranger.

Jack and I, we did everything backward. The day he lured me into his office-which was also the first day we met-he proposed. You’d think a guy who looked like him-a bit cold maybe, but still striking and very unattainable-would only ask the love of his life to marry him, right? You’d think he must be madly in love.

Nope. It was me he asked. A complete stranger who had never even heard of him. A stranger who had been dumped by her fiancé only weeks before. You’d think I’d laugh in his face, call him insane-and a few other names-then walk away as quickly as possible. Well…I did all those things except the walking away part.

It took him only minutes to talk me into a business deal…erm, I mean marriage, and only days for us to officially tie the knot. Happiest day of my life. Magical. Pop the champagne… Not. It was the worst day. Jack Hawthorne was nothing like what I’d imagined for myself.

I blamed him for my lapse in judgment. I blamed his eyes, the ocean blue eyes that looked straight into mine unapologetically, and that frown on his face I had no idea I would become so fascinated with in time.

It wasn’t long after he said I was the biggest mistake of his life that things started to change. No, he still didn’t talk much, but anyone can string a few words together. His actions spoke the loudest to me. And day after day my heart started to get a mind of its own.

One second he was no one. The next he became everything.

One second he was unattainable. The next he seemed to be completely mine.

One second I thought we were in love. The next it was still nothing but a lie.

After all, I was Rose and he was Jack. We were doomed from the very beginning with those names. Did you expect anything else? 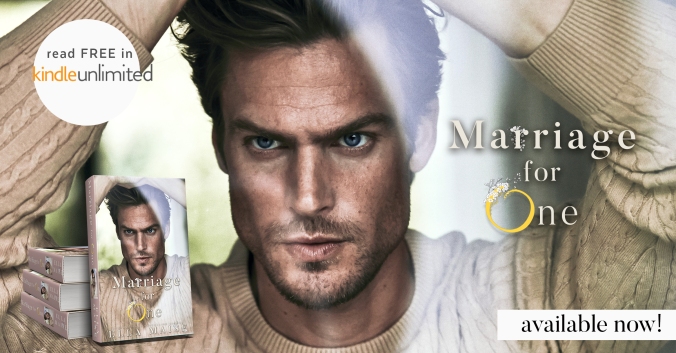 Download your copy today or read FREE in Kindle Unlimited!

I have read a few books from Ella Maise before and am a big fan of her characters and writing style. I was pretty excited to read this one and glad to say this was another great read. In this book we meet Rose and Jack. No not that Rose and Jack, though they are referenced a few times in the book and I felt the need to rewatch Titanic for the millionth time right after I finished this book. Anyway back to the book, so we meet poor Rose who is basically getting the shaft after her Uncle unexpectedly passes away and the deal she had with him is not one his not so friendly offspring plans to keep. She has invested a ton of time and all of her life savings into making her dream of owning her own coffee shop come true, and just when she thinks that dream is so far out of reach in steps Jack Hawthorne with a crazy as hell offer. Marry him, a complete stranger and her dream can be a reality. Well, kind of. So what’s a girl to do with a sweet proposal like that? Well, marry him of course.

“I was about to be the wife of a man I knew nothing about than what a quick google search had provided.”

So these two enter into their marriage aka business deal and both of them plan to not get too close to the other. It’s apparent right away that Rose is trying to form at least some kind of friendship with Jack but man, he is a grumpy one and has walls up so high it doesn’t seem like anyone will get over them. But soon you see little glimpses here and there that Jack is so much more than a ruggedly sexy, grump ass and he always seems to be there for Rose when she needs him the most. They start to develop a friendship that slowly, very slowly turns to something more.

“His hand was warm as he gently closed his fingers around mine. And my heart…my heart was having some issues.”

I loved Jack and I even could deal with his grumpy demeanor and seeming inability to smile. He was just sexy and sweet and they so belonged together. I loved Rose’s kindness and you could see with her pretty early on that she cared for Jack more than just friendship. This one was definitely a slow build up to get where it was going, but it fit with this story. There was also some drama, ex boyfriends who just won’t stay away and an unexpected illness. I really enjoyed this book and was rooting for all Rose and Jack’s pretending for the sake of their arrangement to turn into something more.

“Somewhere in between all the pretending, I completely fell for you, and I can’t even think of my life without you in it.” 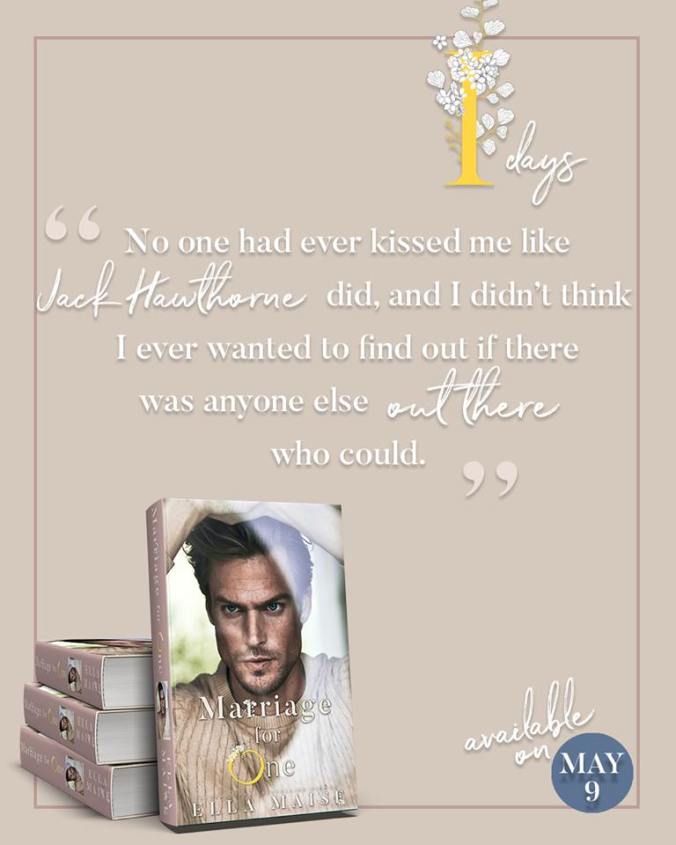 “Please face each other,” the officiant said, and I followed his instructions like a robot. Feeling numb, I let Jack reach for my other hand, and when his fingers gave mine a tiny squeeze, this time I met his questioning eyes. I swallowed, tried to ignore the little jump my heart gave and offered him a small smile. He was truly striking in a cold, calculating sort of way. I’d be lying if I said my heart hadn’t given a small jump the first time I’d laid eyes on him. Completely involuntarily. He had the strong-and-silent thing down pat. His equally striking blue eyes dipped to my lips and then came back to my eyes. When I felt him slowly push a ring onto my finger, I looked down and saw a beautiful wedding band with a half-circle of round diamonds staring back at me. Surprised, I looked up to meet his eyes, but his attention was on my finger as he gently rolled the ring back and forth with his thumb and index finger. The sensation was as alien as it could get.

“It’s okay,” I whispered when he didn’t stop playing with it. “It’s a little big, but it’s okay.”

He let go of my hand and the ring then looked at me. “I’ll take care of it.”

“There is no need to do that. This is fine.”

I didn’t know if Jack Hawthorne ever smiled. So far—the three whole times I’d seen him—I hadn’t been a witness to it, at least not a genuine smile, but I would have assumed if he was marrying someone he was in love with instead of me, there would at least be a small playful grin on his lips. He didn’t look like the grinning type, but surely there would be a hint of it. Unfortunately, neither one of us was the picture of a happy newlywed couple.

I reached for his hand to put on his wedding band, but call it nerves, clumsiness, or a sign, if you will—before I could even touch his hand, the cheap, thin ring slipped from my shaky fingers and I watched it fly away from me in slow motion. After the surprisingly loud clinking sound it made when it hit the floor, I ran after it, apologizing to no one in particular, and had to drop to my knees so I could save it before it rolled under the ugly orange couch. Although the light blue dress I had chosen to wear was by no means short, I still had to put one of my hands on my butt to cover myself so I wouldn’t flash everyone as I caught the damn thing before I had to crawl on my knees.

“I got it! I got it!” I yelled a little too enthusiastically over my shoulder, holding the ring up as if I had won a trophy. When I saw the unimpressed expressions around me, I felt my cheeks turn a bright shade of red. I dropped my arm, closed my eyes, and released a very long sigh. When I turned around on my knees, I noticed that my ringless, almost husband had made it to my side, already offering his hand to pull me up. After I got back on my feet with his help, I dusted off my dress. Looking up to his face, I belatedly noticed how stiffly he was holding himself—jaw clenched, the muscle tick definitely back.

Had I done something wrong?

“I’m sorry,” I whispered, thoroughly embarrassed, and got a curt nod in response.

The officiant cleared his throat and gave us a small smile. “Shall we continue?”

Before he could drag me back, I discreetly leaned toward my soon-to-be-maybe husband and whispered, “Look, I’m not sure about…you look…” I paused and released another long breath before gathering enough courage to look straight into his eyes. “We don’t have to do this if you’ve changed your mind. Are you sure? And I mean really, really sure you want to go through with this?”

His eyes searched mine as we ignored the other people in the room, and my heart rate picked up as I waited for his answer. As much as I was reluctant to do this, if he’d changed his mind, I’d be screwed six ways to Sunday and we both knew that.

“Let’s get this over with,” he said eventually.

That was all I got.

I’m a big dreamer. And that’s how it all started for me, really. Reading and dreaming. I love nothing more than to escape real life to find those very few magical moments in a book. I love how it has the power of stealing your worries away, putting a smile on your face even when smiling is the last thing on your mind. Crushing on fictional characters is also another bonus. Through my words, if I can manage to make even one-person smile, it means I’ve done my job well.

Writing became my world and I can’t imagine myself doing anything other than creating new characters and telling their stories. You know how some things simply makes your heart burst with happiness? A really good book, a puppy, hugging someone you’ve been missing like crazy? That’s what writing does to me. And all the hard work, all the sleepless nights, all the anxiety that comes with publishing…everything is worth it at the end.