Thirteen years before Emma Dumas bought me in a bachelor auction to teach me a lesson she stole my heart down on Key West. I fell so hard for this girl I made all the promises. Only with Emma, I really meant them.

And then I disappeared.

But it wasn’t my fault. Let’s just call my reason “Family Business”. I’d tell you what that business is, but then I’d have to kill you. Just kidding. I can’t tell you what my family business is because it’s so secret, even I don’t know.

My point is… I didn’t ghost. It was a weird twist of circumstances. And OK, yes. I did hook up with pretty much every girl on the island that week. But after I met Emma, I was ruined. She’s the only one I wanted.

It’s been thirteen years. I’m a changed man. I STILL want her. I have ALWAYS wanted her.

But it’s kind of hard to tell her that with a gag in my mouth and a hood over my head.

Bossy Brothers: Jesse features a bachelor auction gone wrong, four smart ladies who botch a crazy revenge kidnapping, a fancy power dream date with fast cars, private jets, and expensive yachts, lots of ex-sex, and a happily ever after that proves… sometimes the best man for the job is a woman.

Is it possible to love and not like a book? Well, that is how I feel. I LOVED parts of it and parts of it well…not so loved. Emma is a wounded woman. While she is one of four owners of a billion dollar cosmetics company and has the world at her fingertips, she has been harboring anger towards a boy she met 13 years ago. A boy she felt an instant connection to and stole her heart. A boy who made her think soulmates were possible and she wanted to spend forever with. This boy promised the same things to others. He broke the hearts of others and left them flat too. Those others are her 3 best friends and 3 other owners of her cosmetics company. Thirteen years ago a young, hot, rich, smooth talking boy met them all at different times of the week and made promises to all of them. After nursing broken hearts, these three compared stories and bonded over heartbreak.

The boy? Well, he doesn’t remember these 4 women. He had his own issues and doesn’t remember much of anything except being labeled as a playboy and heartbreaker. A troubled young man involved in a fast crowd. Now he is trying to get his life together and is trying to be a better man. But the cloud that is always over him and his brothers’ legacy is cloudier then ever.

Emma and her besties hatch this “plan” to make him pay and it just felt wacky to me for these grown women to be lashing out all these years later. It’s not like they were in a long term relationship with Jesse for god’s sake!! They were flings and one night stands! So yeah, that part of the book was baffling to me.

We have a funny, witty love/hate relationship between Emma and Jesse. When they come face to face he feels like maybe this could be a 2nd chance for them. I loved watching these two try to out do each other and impress each other and their antics. I was laughing out loud more then once. I was really getting into their 2nd chance at love and then that was where I got lost again. The author uniquely weaves a side story into their love story and I was confused. I don’t get it. I don’t know why the book needed it. Maybe it will make sense in future books but for me, I felt like I was reading two books in one. Now that doesn’t mean that once this second weird story starts to unfold, it may make sense but for right now it seemed so awkward. I will have to see how this all unravels. I am also looking forward to reading about the other brothers and their stories. 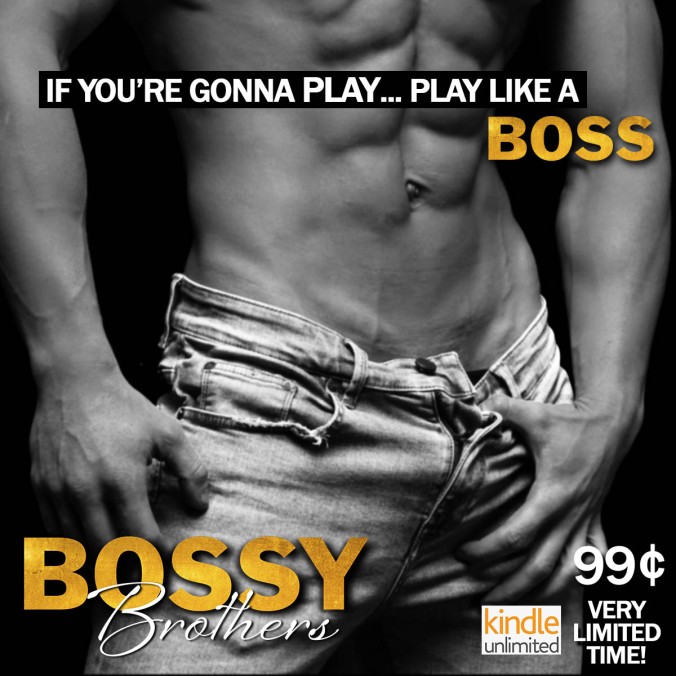 “Nothing gets by you, does it, Emma?”

“Why are you taking me to a Tastee-Freez?”

I just blink at him.

“Exactly,” he says, grinning like a foolish, charming bastard. Which makes no sense at all, but wow. I’d forgotten about that smile and how disarming it is. He looks at me. “Come on,” he says. “It’s a date, right? You paid ten million dollars for this date and now you’re going to complain when I do something date-y?”

This wasn’t part of the plan. The plan was:

Drive up to his lake house.

Wait for the girls to show up.

Take him over to our lake house.

Make him regret all his asshole decisions thirteen years ago.

Probably gloat too. Little bit of, “Look at me, so rich and powerful now. And you dumped me, you dumbass. But oh, hey. I’m too good for you now. You could’ve had all this and now you’ve got nothing. Sucks to be you.”

Which is all pretty childish because he’s Jesse Boston. He could get any girl he wants. Just look at how they fell all over him tonight at the auction.

I feel sick. Literally, I feel sick. It’s not that we can’t afford the ten mil. It’s just… that was not the plan. This asshole isn’t worth ten million. What the hell were all those women thinking?

And us. What the hell were we thinking? This is all Hannah’s fault. I’m gonna kill her later.

No revenge plan is worth ten million dollars.

And now he wants to have ice cream with me.

“Are we gonna get out of the car? Or are we going to sit here all night?”

“I’m not really in the mood for ice cream,” I say.

He grins at me again. Oh. God. Why is he so damn hot? It’s not fair. “See, that’s the best part about ice cream. You don’t have to be in the mood for it. In fact, eating it when you’re not in the mood is the best part. Because it puts you in the mood.”

And then he does one of those little eyebrow waggles.

He frowns. “What the fuck are you talking about?”

I point to his forehead. “You waggled at me when you said ice cream puts you in the mood.”

“OK, whatever. If you say I did, then I did. But no. It wasn’t innuendo. Ice cream is like… that’s just what people eat when they’re stressed, ya know?”

I just stare at him.

“God, for a woman who paid ten million dollars for me, you sure are a tough crowd.”

“OK,” he says, holding up a hand. “Would you like me to take you home? Should we just… end this?”

I huff. “I paid ten million dollars for you. I’m getting my date.”

He stares at me. No. He glares at me. “Then get your fucking ass out of my car and order a motherfucking ice cream.”

And then he gets out, not even waiting for me. Just gets out, slams the door, and walks up to the Tastee-Freez and gets in line.

JA Huss is the New York Times Bestselling author of 321 and has been on the USA Today Bestseller’s list 21 times in the past five years. She writes characters with heart, plots with twists, and perfect endings.

Her new sexy sci-fi romance and paranormal romance pen name is KC Cross and she writes novels and teleplays collaboratively with actor and screenwriter, Johnathan McClain.

She lives on a ranch in Central Colorado with her family.

There is a giveaway for a $25 Amazon gift card + a signed copy of Bossy Brothers: Jesse (open internationally)