Review
Whiskey happens to play a role in all of these cute, funny stories. We have Jax, Remi, Henry and Jen and they all couldn’t be more different people. Add a little whiskey and they have embarrassing stories that become legends. I loved all of the crazy situations and awkward moments that just explode page after page. You know…the type of stories you have to put down and say…I just can’t even. Each novella in this collection was a quick, enjoyable read that had me giggling out loud. 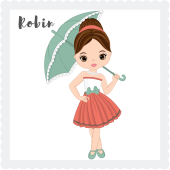 Hi, I’m Ryan Ringbloom, a Jersey girl who doesn’t write Alphas. I couldn’t if I tried. Social Media stresses me the frick out, yet I can’t seem to walk away from it. I love to binge watch TV. I think cats are awesome. I’m obsessed with coffee and Fireball. But never together. I am counting down the days until self-driving cars are the norm. And if there is ever a zombie apocalypse, I won’t even try to run. I will let the first one I see eat my brain and get it over with.
Contact Links
Website
Facebook
Twitter
Goodreads
Instagram
Book on Goodreads
Purchase Link
Amazon
a Rafflecopter giveaway