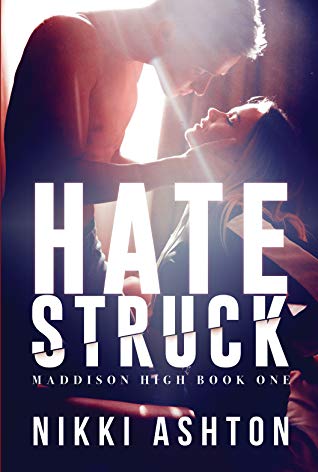 Fear is just an emotion that I know I cannot shake

Sarah Danes was the new girl at Maddison High School and was was running from her past. The scars she carried constantly reminded her of what she’d suffered, but she was determined to move on. If only the boy who ruled the school corridors didn’t hate her so much.

I played, I taunted, and I went in for the kill

Adam Hudson was the Captain of the school football team and the boy that every girl in the school wanted. He was also the one they feared, but now Sarah Danes was in his sights. Now she was the girl he wanted to break – before she broke him.

And we all know what happens next…Hate Struck a story of secrets, lies and fear

This book is based in a British high school and ends on a cliffhanger and may contain triggers with mentions of suicide, rape and violence. There are also some scenes of bullying

“Grief had swallowed them both whole and then spat them out as broken pieces of heartache, misery and pain.”

Sarah Danes has had an unimaginable year filled with tragedy and betrayal and things only get worse when she and her Mom are basically forced to move. She has to start at a new school midway through her senior year and it was definitely not how she pictured her last year in high school. Yet here she is in a new town with a new plan. Keep her head down and avoid everyone who is anyone. Unfortunately for her she catches the eye of Adam the king of all assholes and his loyal trio of idiotic lackeys. They rule the school and plan on breaking the new girl and making her understand her place at the bottom of their crazy chain of followers. Thing is Adam wants Sarah in his arms just as much as he wants to see her groveling at his feet.

Sarah quickly learns that surviving Madison High is not for the faint of heart but after the hell she’s been through over the past year, she’s up for the challenge. She’s not going to let Adam Hudson, captain of the football team who rules the halls with fear and intimidation, shake her resolve. No matter how hot he just so happens to be or the fact that she just can’t seem to stay away from him.

“I should have wanted to stay away from him, but I was a moth to a light bulb. I knew it was going to burn like hell, but I couldn’t stop myself from wanting it, because the pain and suffering were deserved.”

I love bully romances and Adam and Sarah’s story was more or less your typical bully romance…a whole lot of hate and a whole lot of want. He was horrible to her and everyone at the school but we start to learn that he hasn’t really had an easy time either. They both have secrets they want to hide and pasts they don’t want anyone to know about. As much as they try to stay away from each other, they are thrown together on one horrible night that changes everything. While they struggle with the aftermath of that night and the secrets of their pasts they try to figure out how to handle their feelings toward each other. Adam wants things to be different and Sarah doesn’t want to be just another girl on her knees for him. With all they’ve been through do these two even stand a chance?

“All the hatred I used to push me through each day, the blackness that helped to focus my brain, faded away when she was around. It came like waves. High and dangerous until they hit the shore then ebbed away slowly. Sarah Danes was my shoreline.”

While I enjoyed this book I had a hard time connecting with Adam and Sarah. I thought they’d grow on me but sadly neither did. I love bully books and this one did have a lot of the elements I have grown to love and expect from your typical one but it just fell short in some areas. I loved to hate some of the secondary characters and the second half of the book worked a lot better for me. It wasn’t a bad read by any means…it just wasn’t up there with some other bully books I have read. I think it’s that I had a hard time with both main characters but the author did go and hit us with that crazy ass cliffhanger that I totally did not see coming. I really thought it would be wrapping up all pretty with a bow and all the sudden the author was like nah, we aren’t going out like that and decided to shock the hell out of us. I’m not always a fan of cliffhangers but this one has me needing the next book now!! So while I wasn’t a huge fan of this one I am definitely looking forward to reading the next book. 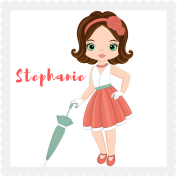 Nikki lives in Cheshire with her husband, two dogs and lovely mother-in-law who supplies her with endless cups of tea. She writes romance with a touch of humour and lots of love, and hopes that she puts a smile on her reader’s faces. Her ambitions of becoming a writer started at the age of 10 when she started writing poetry at school, and was given the honour of reading one of her poems to the rest of her year group (a truly embarrassing experience that she will never forget). Nikki is grateful for the wide variety of strange and wonderful people in her life, otherwise she’d never know what to write about! She is currently talking to family and friends, finding out their innermost secrets in readiness for her next book.

Although all Nikki’s books are stand alone stories characters do make ‘guest appearances’. So, the best order to read them is:

Guess Who I Pulled Last Night

Get Your Kit Off

Do You Do Extras?

I Wanna Get Laid by Kade (Complete standalone) 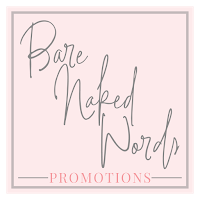