Anniversaries are usually occasions worth celebrating, but when your fourth wedding anniversary is also the first anniversary of your husband’s death, you’ll only want to drink your sorrows away. And that’s exactly what Phoenix Nightingale does.
In the small town of Breckshire Wyoming, everybody knows everybody, so when Evan Tyler walks into the same bar she’s drowning her grief in, Phoenix knows that he’s new in town. What she doesn’t know is that he’s just moved in a few houses down from her and is about to try his hardest to break through the wall she’s had up for a year.
Phoenix has experienced a tragedy that nobody ever wants to experience. In the year following her husband’s death, she’s had what her parent’s considered embarrassing public meltdowns, and lost some friends along with her career. Just as she feels she’s at her very lowest, Evan barges into her life, forcing her to get out of the house and look at life a little differently.
He vows to help her, encouraging her to rise from the ashes and live once again. Evan doesn’t know that just by being in her life, he’s bound to send her into a tailspin, because both of them are keeping things from each other, and Phoenix may not be strong enough to handle what she finds out.
Will she pull him into the dark with her, or will he be able to resurrect Phoenix, freeing her from the depths of her depression, and show her that surviving isn’t the same as living?

Wow, what can I say. Isabel did it again by writing a book so captivating I couldn’t help but LOVE it. It had everything in a book that makes it not just a great read, but an AMAZING read in my book!

Phoenix is struggling to make it though life after losing her husband in his untimely death. She finds her only some what comfort at the bottom of a bottle, she drinks to make the pain go away. She also finds that it doesn’t work. After another year has passed and their anniversary comes around again she finds herself at the local bar drinking away her sorrows. Only this time she notices a man in the bar she has never seen before. She doesn’t pay him much attention, because she barely notices anyone anymore.

Waking up the next morning Phoenix sees that she is out of liquor so she decides that she has to leave the house to retrieve more. While leaving she notices that she is getting a new neighbor down the street. Later she learns that her new neighbor is Evan, the good looking man from the bar.

Soon Phoenix and Evan form a fast friendship. Sharing dinners, decorating ideas, conversation, and in general just spending time together. Phoenix loves the way she feels while with and around Evan, but struggles with how to feel and what her late husband would want for her. Would he be okay with her falling for anther man? Would he want her to move on? Be happy again?

For me this was just an epic story of Phoenix learning to find herself again after losing the love of her life. As her name says rise above the ashes from all that has happened and live and love again.  And OMG Evan is a god send for Phoenix. I loved that man from the moment he showed up in town. He is what I would say a “perfect” man would be. He is VERY swoon worthy! Always so kind, compassionate, understanding, never pushing his way into Phoenix’s heart but always there for her when she needs him. He was as Isabel put in the book, “her rainbow through the storm.”

I would highly recommend Resurrecting Phoenix to anyone…literally anyone. It’s just an epic love story that will have you cheering for Phoenix to get better and see that Evan can offer her her Happily Ever After. 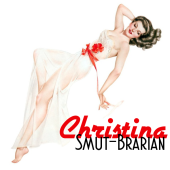 “It looks like you have freckles,” Evan says, touching a dot of paint on my face.
I give him a small smile and take a step back. He runs his hand through his hair, pushing the longer pieces back into place. I laugh when he looks back at me.
“You have a large dollop of paint on your forehead,” I laugh.
“What?” he asks, putting his hand to his forehead.
“How much paint did you have on the roller that a huge glob fell onto you? And how did you not feel that?” I say, still laughing.
“Find that funny, do you?” he says with a wicked gleam in his eye as he takes a step forward.
“Oh no. Don’t you dare!” I exclaim, moving back.
“What? I just want you to help me get it off.” He places a small paintbrush near the can of paint.
“I don’t believe you,” I say, moving slowly away from him.
A huge grin breaks out on his face at the same time he lunges towards me. I let out a girly squeal as he grabs me and runs a paint coated finger across my cheek, under my eye.
“You have a streak of paint on your face,” he announces.
I pull away from him, my mouth open in shock. “I can’t believe you just did that,” I say, amusement clear in my voice.
I step past him and towards the paint can. Dipping my forefinger in the thick color, I turn around to look at him.
“I think we’re even,” he says, looking around the room for an escape route.
I wipe my finger across the skin under my other eye, and put my hands on my hips. “Fine. I’ll just finish painting your wall.”
Turning around, I bend down to pour some more paint into the tray. I can hear his slow and cautious steps coming towards me.
“So, we’re good?” he asks.
“Yep. Now, come help me.”
He bends down next to me and as soon as he does, I dip my hand into the paint, coating only my palm, and quickly touch his face and run it down his neck.
I’m up and running instantly.
“Oh, you’re gonna get it!” he calls.
“I’m sorry, I’m sorry,” I screech, not knowing where to run.
I go towards the bathroom, laughing the hardest I have in a long time. Evan is behind me and turning me towards him with a pull on my arm. He then puts his own paint covered hand on my cheek.
As we stand in the dim hallway, our bodies touching and chests heaving, I look into his honey brown eyes, and then to his mouth. Our laughter dissipates into a silent staring contest. His lips are perfectly proportioned, both almost the same size. Not too full, but not too thin.
Feeling a little uncomfortable with where my mind is taking me, I speak up. “I guess we’re even now.” My voice is husky as I speak the words.
Those perfect lips quirk up on the side. “I guess so.” 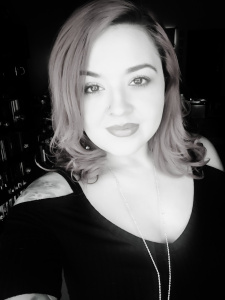 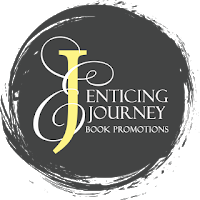