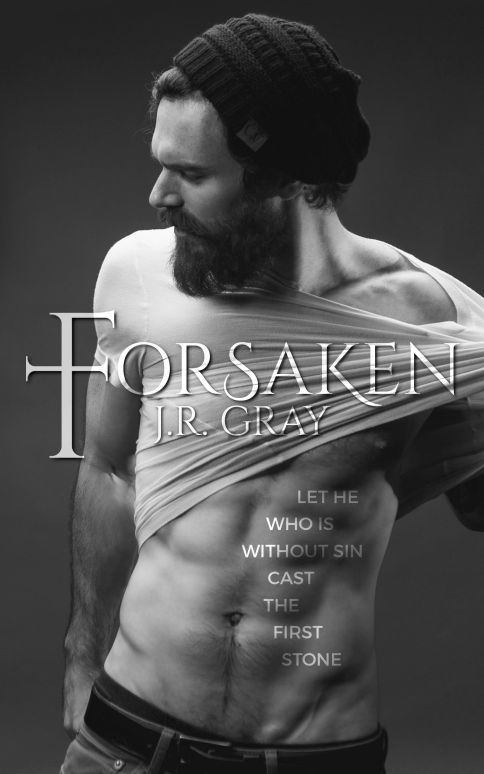 Titus has lived and breathed religion his entire life, tucked away from the rest of the world in a compound in northern Wyoming. He’s destined to be the next leader of the church, deemed so by the Prophet.

God spoke and with His word He created. But God made a mistake. Titus isn’t worthy. He was born sick and it’s solidified when he rescues the most beautiful man he’s ever seen.

Torn between fidelity to his faith or his soul, Titus must reconcile the two parts of himself before he’s discovered hiding among the chosen.

Raised strongly in a religious compound, Titus was training to face his destiny as the next leader of the church as proclaimed by the Prophet. But he doesn’t feel worthy since he feels like such a sinner. When he rescues an angel, Titus is torn in two. Should he be faithful to his faith or the hidden part of him that he can never show?

But that’s not how life was. People did what was best for them and that seldom included what their partner wanted or needed. It’s why there was such a cheating epidemic. Angel needed to be alone. His expectations of monogamy were too high in this hook up culture and the one damn guy who would probably be faithful was trapped in a cult. How was this real life?”

I really feel a bunch of turmoil at the end of this book. This story just stirred up a whole lot of emotions in me with everything Titus goes through. His sheltered upbringing and the way his identity is suppressed just about killed me. I loved how when he met Angel…his “angel” pretty much helped to save him. I definitely strongly identified with the message of acceptance needing to be given in this book.

The relationship between Angel and Titus just about broke my heart and when I read the author’s foreword, it added right to it. I have never experienced the same type of rejection as is in the story and it really makes you think about what some people have to face in this world and the real meaning of family and love.

Titus’ head was pounding but so was his heart. He was cursed to replay the kiss in his head, possibly for the rest of his life. The fall had jarred his brain and lodged it in his mind. And therein was the problem with sin. Once you had a taste, it was hard to stop. Men were addicted to sin.

Angel looked up at him. Those big dark eyes. He didn’t want to keep staring but he did.

“How are you feeling?” Angel looked back at his book, but his eyes weren’t moving, so he wasn’t really reading.

“The Advil is starting to work.” Titus closed his eyes, fighting back every emotion in his body. He didn’t know what he felt. A little of everything, and it was overwhelming his ability to function.

How could God have made him this wrong?

“There is way too much in my head.” He was really tired of all his emotions showing on his face. He needed to learn how to lie better. More so now that he knew what he was. What if he was asked outright? Another wave of anguish crossed his face, and his eyes sprang open when another hand grabbed his.

Angel tugged on him. “Come down here with me.”

He relented to the tug and slid onto the floor. Angel was dangerously close, again. Bad things happened when he was this close. But Titus didn’t move to put space between them. Maybe he wanted bad things to happen.

When not staying up all night writing, J.R. Gray can be found at the gym where it’s half assumed he is a permanent resident to fulfill his self-inflicted masochism. A dominant and a pilot, Gray finds it hard to be in the passenger seat of any car. He frequently interrupts real life, including normal sleep patterns and conversations, to jot down notes or plot bunnies. Commas are the bane of his existence even though it’s been fully acknowledged they are necessary, they continue to baffle and bewilder. If Gray wasn’t writing…well, that’s not possible. The buildup of untold stories would haunt Gray into an early grave, insanity or both. The idea of haunting has always appealed to him. J.R. Gray is genderqueer and prefers he/him pronouns.